Activity of Plasmodium vivax promoter elements in Plasmodium knowlesi, and a centromere-containing plasmid that expresses NanoLuc throughout the parasite life cycle 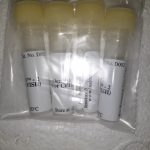 Background: Plasmodium knowlesi is now the foremost reason for human malaria in Malaysia, complicating malaria management efforts that should attend to the elimination of a number of Plasmodium species. Current advances within the cultivation of P. knowlesi erythrocytic-stage parasites in vitro, transformation with exogenous DNA, and an infection of mosquitoes with gametocytes from tradition have opened up research of this pathogen with out the necessity for resource-intensive and expensive non-human primate (NHP) fashions. For additional understanding and improvement of strategies for parasite transformation in malaria analysis, this research examined the exercise of varied trans-species transcriptional management sequences and the affect of Plasmodium vivax centromeric (pvcen) repeats in plasmid-transfected P. knowlesi parasites.

Strategies: In vitro cultivated P. knowlesi parasites had been transfected with plasmid constructs that integrated Plasmodium vivax or Plasmodium falciparum 5′ UTRs driving the expression of bioluminescence markers (firefly luciferase or Nanoluc). Promoter actions had been assessed by bioluminescence, and parasites remodeled with human resistant allele dihydrofolate reductase-expressing plasmids had been chosen utilizing antifolates. The soundness of transformants carrying pvcen-stabilized episomes was assessed by bioluminescence over an entire parasite life cycle by means of a rhesus macaque monkey, mosquitoes, and a second rhesus monkey.

Conclusion: All three P. vivax promoters examined on this research functioned in P. knowlesi, whereas two of the three had been inactive in P. falciparum. NanoLuc-expressing, centromere-stabilized plasmids could assist high-throughput screenings of P. knowlesi for brand spanking new anti-malarial brokers, together with compounds that may block the event of mosquito- and/or liver-stage parasites.

BACKGROUND Beforehand, we demonstrated that the chlamydial protein pGP3 kinds a secure advanced with LL-37 to neutralize its proinflammatory exercise throughout the pathogenesis of psoriasis. The center area of pGP3 (pGP3M) is vital for the binding and neutralization of LL-37. Right here, we additional examined the mechanism underlying pGP3-mediated inhibition of psoriasis development and evaluated the inhibitory impact of pGP3M on the event of psoriasis-like pores and skin lesions in mice. MATERIAL AND METHODS Inventory options of pGP3M and pGP3 (100 μg/mL) had been ready utilizing sterile ultrapure water and intramuscularly injected into the left leg of the imiquimod (IMQ)-induced psoriasis mouse mannequin.

The severity of pores and skin lesions was evaluated primarily based on the psoriasis space and severity index rating and ear pores and skin thickness. The pores and skin biopsy and blood samples had been collected on the eighth day for histological evaluation and inflammatory cytokines detection. RESULTS Erythema, scaling, and thickening had been noticed on the dorsal pores and skin and the proper ear pores and skin of IMQ-treated mice. Therapy with pGP3 and pGP3M alleviated the IMQ-induced erythema, inflammatory cell infiltration, and scaly plaques. In contrast with IMQ-treated and PBS-treated mice, pGP3- and PGP3M-treated mice had much less inflammatory cell infiltration in pores and skin tissues and had considerably lowered IL-17A, IFN-γ, and IL-22 ranges in serum. CONCLUSIONS The anti-psoriatic efficacy of exogenous pGP3M was just like that of pGP3. This indicated that pGP3M attenuated the IMQ-induced inflammatory and psoriatic signs in mice by binding and inhibiting LL-37. Additional analysis is required to look at the toxicity of pGP3 and pGP3M earlier than scientific trial analysis. 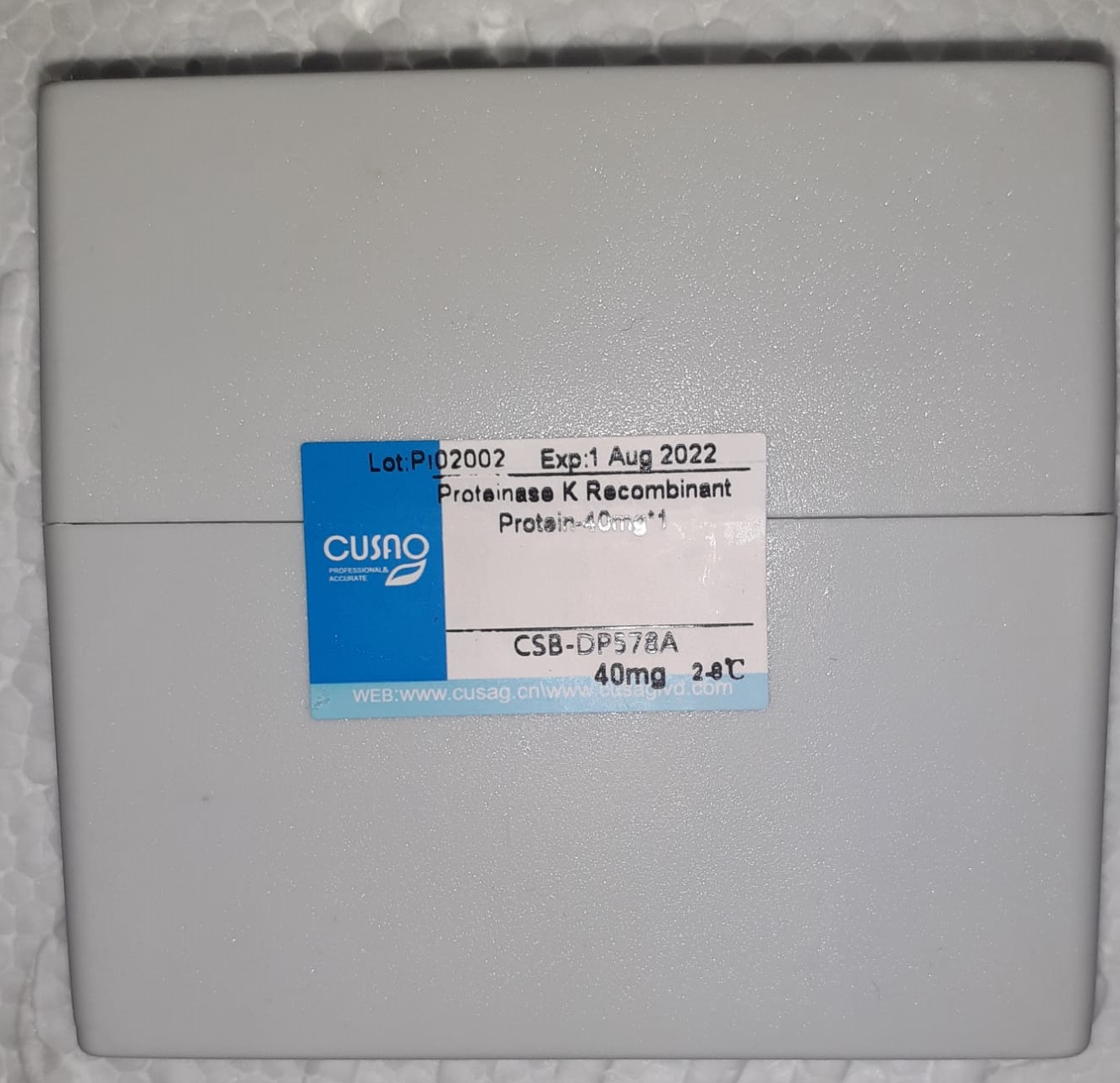 Multidrug-resistant Salmonella Enteritidis (S. Enteritidis) isolates have turn out to be a major risk to public well being, and fosfomycin has been proposed as one of many therapeutic antibiotics for severe infections by resistant pathogens. On this research, a complete of 501 scientific S. Enteritidis isolates had been screened and 14 (2.8%) isolates exhibited resistance to fosfomycin (MIC ≥ 1,024 μg/mL) in addition to ceftriaxone (MIC ≥ 128 μg/mL). The fosA3 gene was recognized in these 14 isolates. The fosA3 gene that co-transferred with blaCTX-M-55 was noticed on the IncFII plasmids with sizes of ~ 78 (n = 7) or ~ 111 (n = 2) kbp in 9 transconjugants. The fosA3-bearing plasmid p12367A is 111,764 bp in size and possessed a typical IncFII spine.

A 7.6-kbp multidrug resistance area (MRR) was recognized in p12367A, which was comprised of fosA3 and blaCTX-M-55 genes interspersed with ΔISEcp1 and three copies of IS26. Two typical antibiotic resistance determinants (IS26-orf3-orf2-orf1-fosA3-IS26 and IS26-orf477-blaCTX-M-55 -ΔISEcp1-IS26) shared one IS26 within the MRR. The genetic association of the MRR could have resulted from the stepwise integration of IS26 cellular parts by way of homologous recombination. Horizontal switch of IncFII plasmids would possibly contribute to the dissemination of fosA3 and blaCTX-M-55 resistance genes in S. Enteritidis interspecies. These findings underline additional challenges for the prevention and therapy of Enterobacteriaceae infections posed by epidemic IncFII plasmids bearing fosA3-blaCTX-M-55 .

Erwinia amylovora is a plant pathogen inflicting necrotrophic hearth blight illness of apple, pear, and different rosaceous crops. This bacterium colonizes host vascular tissues by way of the manufacturing of exopolysaccharides (EPSs) together with amylovoran. It’s nicely established that the almost ubiquitous plasmid pEA29 of E. amylovora is an important virulence issue, however the underlying mechanism stays uncharacterized. Right here, we demonstrated that pEA29 was required for E. amylovora to supply amylovoran and to kind a biofilm, and this regulation was depending on the thiamine biosynthesis operon thiOSGF. We then performed carbohydrate and genetic analyses demonstrating that the thiamine-mediated impact on amylovoran manufacturing was oblique, as cells missing thiOSGF produced an EPS that didn’t include glucuronic acid, one of many key parts of amylovoran, whereas the transcriptional exercise and RNA ranges of the amylovoran biosynthesis genes weren’t altered. 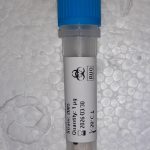 OTTO is an open source automated liquid manual that can be manufactured at a cost of $ 1,500 using 3D printable and 3D printable parts as an alternative to commercial