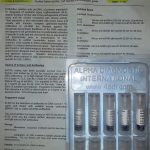 ABSTRACT
While immunoglobulin G (IgG) antibodies against double-stranded (ds) DNA are serological markers of systemic lupus erythematosus (SLE), not all anti-DNA (anti-DNA) antibodies are positively damaged. It has been suggested that anti-DNA-induced renal damage may be associated with differences in the fine specificity of antibodies. In an effort to gain insight into their fine binding properties, we investigated the cross-reactivity of two human lupus anti-dsDNA monoclonal IgGs (B3 to RH14) to the recently described PolIV. These autoantibodies have distinct pathogenic properties in mice with severe combined immunodeficiency (SCID). Although both antibodies cause proteinuria, only RH14 induces the early histological features of lupus nephritis.

Both RH14 and B3 bound PolIV; however, they showed a significant difference in their reactivity to the PolIV – dsDNA complex. Although RH14 showed significant activity to the complex, the binding of B3 to PolIV complexed with dsDNA was almost abolished. In addition, there was a significant difference in the way lupus is recognized by naked dsDNA and which is presented on PolIV. Although 67% of lupus sera bound to bare dsDNA, ≈ 90% of these sera (93% calf thymus DNA; 90% synthetic oligonucleotide) responded to the complex when the dsDNA was presented on PolIV. 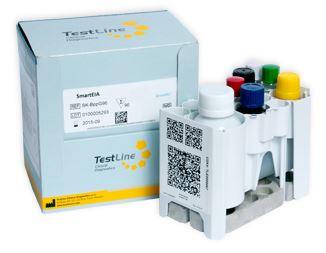 Thus, anti-dsDNA IgG, which is likely to exist in lupus patients, can be distinguished between those that recognize dsDNA in the context of PolIV and those that do not. This difference in binding ability can help differentiate those dsDNA antibodies that are more pathogenic.

2.1. Anti-DNA antibodies and their correlation with the pathogenesis of SLE
Systemic lupus erythematosus (SLE) is a chronic, potentially fatal autoimmune disease characterized by exacerbations and remissions with a variety of clinical manifestations affecting multiple organ systems, including the skin, kidneys, joints, cardiovascular and nervous systems.

A hallmark of systemic lupus erythematosus is the production of a number of IgG and IgM autoantibodies directed against one or more nuclear components, the most common of which are double-stranded (ds) DNA and / or single-stranded (ss) DNA. Both anti-ssDNA and anti-dsDNA are involved in disease development and have been eluted from the kidneys of experimental mouse models and patients with SLE [17]. Clinicians consider anti-dsDNA autoantibodies to be relatively disease-specific, while anti-ssDNA is non-specific.

Part of the pathogenicity may be due to the direct hydrolytic and cytotoxic activity of anti-DNA antibodies on cells of various tissues and organs affected by the disease [18]. Pathogenic anti-DNA antibodies are able to interact at the tissue level with alpha actinin in the renal glomeruli.

At the cellular level, antibodies have been shown to react with various cell surface proteins (eg, Myosin 1), presumably to allow them to penetrate the cell [22–25]. Upon entering the cell, the anti-DNA antibody is translocated to the nucleus, where it binds to the DNA and subsequently hydrolyzes it. An alternative mechanism by which an anti-DNA antibody may lead to autoimmune disease is its interaction with cell death receptors, which initiates a proapoptotic signal that apparently leads to tumor cell death in vitro and possibly lupus B-cell death in vivo [12, 15 , 26, 27].

Although this phenomenon is due in part to caspase activation, the possible link between DNA hydrolysis and programmed cell death, as well as the underlying mechanisms in SLE, are not clearly understood [12]. The differences between natural and pathogenic anti-DNA autoantibodies are summarized in Figure 1.